The Effects of World War II on Edwards County, Kansas 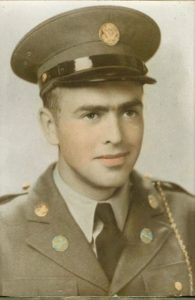 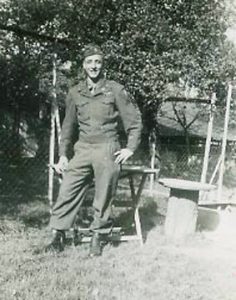 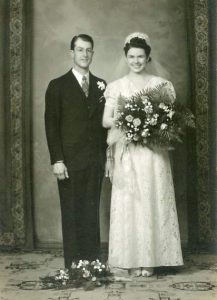 The  wounds of the Great Depression with its failed banks and foreclosed farms were still open in Edwards County as the country entered World War II. The war helped the economy recover while demanding many sacrifices which made the people and communities more dependent on one another.  It was a time when the people in small rural towns came together to support each other and the war effort.  Edwards County was a patchwork of seven communities:  Belpre, Centerview, Fellsburg, Offerle, Kinsley, Lewis and Trousdale.  The economy was based on agriculture, small business, and the railroad. The role of Edwards County citizens during the war is a story worth preserving.

Patchwork of Dependency records twenty-nine stories of not only the veterans, but also the farmers with agricultural deferments, the women who stayed home and those who left to work in war plants, the children, and the minority Black and Hispanic communities. 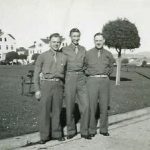 Ralph Woolard in the center in San Francisco 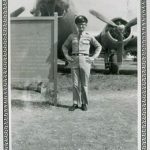 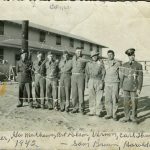 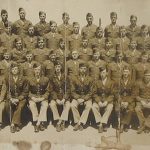 Excerpts about World War II from:

This project is the result of a 2009 Kansas Humanities Council “Kansans Tell Their Stories Community Heritage” grant in support of an oral history project to collect and preserve 20 interviews of citizens who lived in Edwards County between 1939-1948. (Grant Application), (Release), (Evaluation), (Invitation), (Display).  This project was also sponsored in part by the Edwards County Historical Society.

Principal funding for this project was provided by the Kansas Humanities Council, a nonprofit cultural organization promoting understanding of the history, traditions, and ideas that shape our lives and build community.