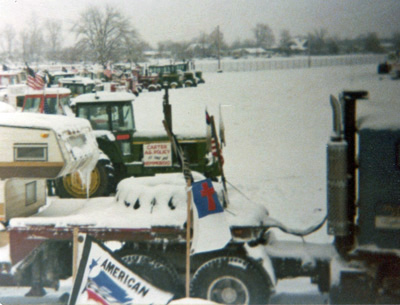 Tractors settle in to wait out a snowstorm in Indianapolis.

In January 1979, Edwards County farmers  supported and joined other farmers from all over the United States to travel to Washington D.C.  They climbed into their tractors and drove across the country,  braving the cold and snow, to protest farm policy and call for parity.

As the tractors moved east, (see MAP), traveling at 14 mph, they gained force and arrived in Washington, D.C. on the morning of February 5th, 1979.  The farmers blocked off intersections and paraded their tractors in front of the Capitol. Police blockaded the farmers and their farm vehicles onto the National Mall near the Washington Monument.  For the next seven weeks this location became the base of operations of the American Agriculture Movement as the farmers lobbied and demonstrated for parity. 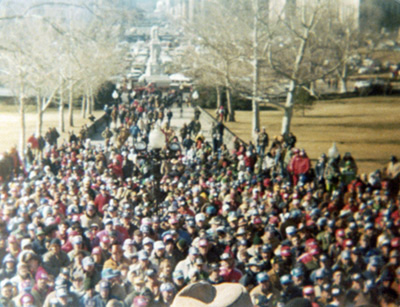 Farmers gather in front of the Capitol Building

Theirs is a truly American story of individuals banding together to take their concerns to their elected officials in a very dramatic and powerful way.  Those from Edwards County, Kansas who made the trip all the way to Washington D.C. included:  W. A. and Clara Stapleton, Beverly Snyder, Ed and Marjory Scheufler, Lester Derley , Darrel and Karen Miller.  Many others, supported them back home. 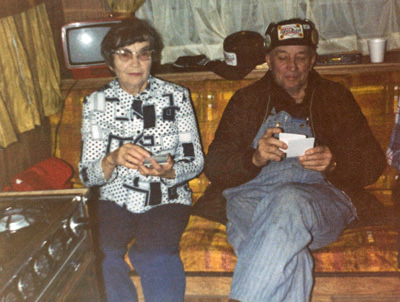 W. A. and Clara Stapleton rest in mobile home 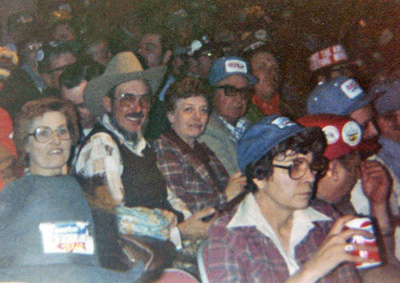 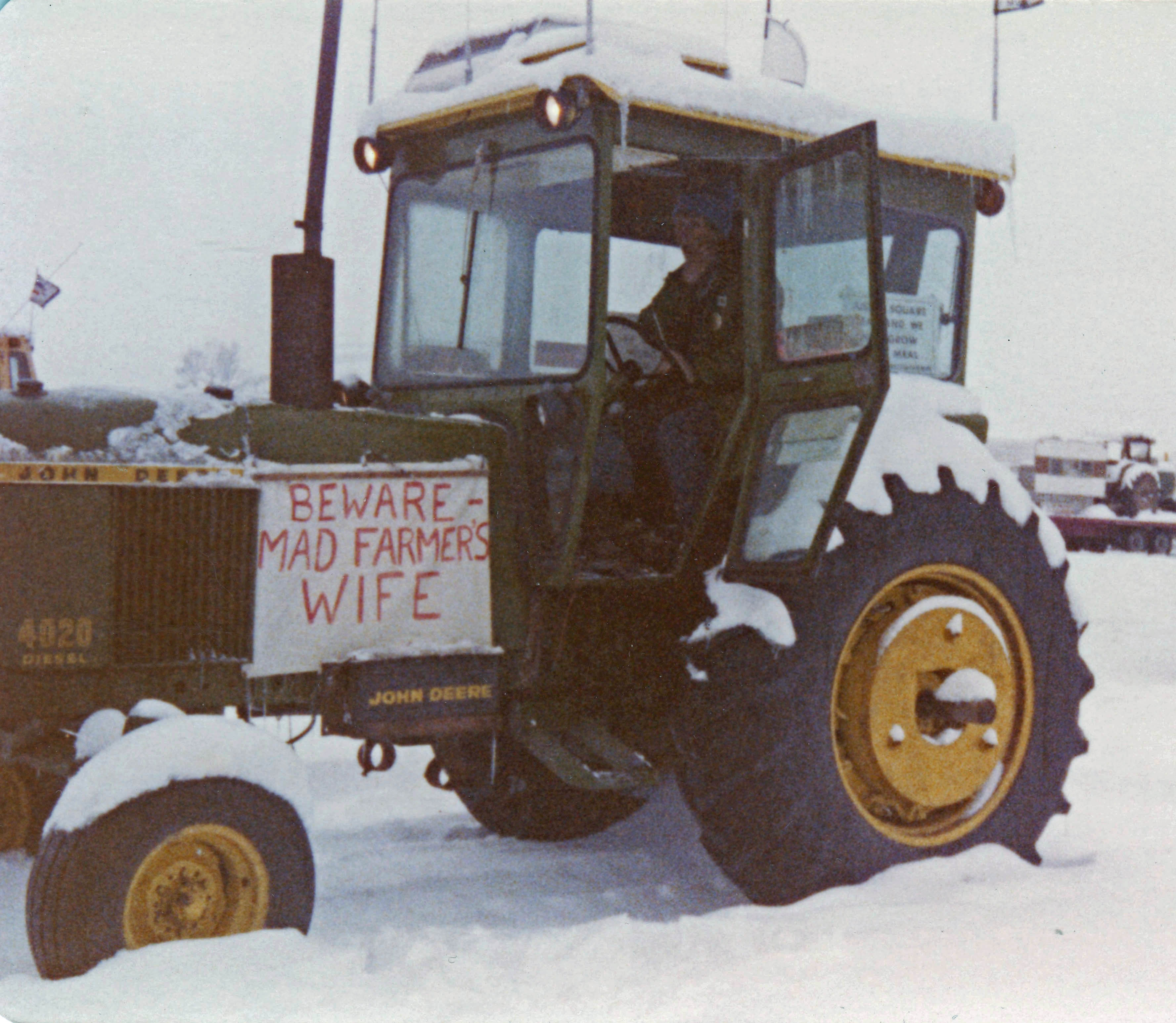 Principal funding for this project was provided by the Kansas Humanities Council, a nonprofit cultural organization promoting understanding of the history, traditions, and ideas that shape our lives and build community.

Kinsley Public Library
Wayne Stegman stopped by late this afternoon to admire the library’s new LED lights. Naberhood Electric installed the new fixtures with help from the city crew hauling out the old florescent ones. The library is now all back in order and ready for patrons to return to check out books and DVDs tomorrow at 1 p.m. Do come in soon and see how bright we are.